Nathan Reid, the owner of a coffee shop, had just decided he wanted to expand into adding sandwiches to his business. Ms. Carol, who was a longtime employee, and close family friend, decided at the same time that she was ready to retire.

Before Nathan could stress over the idea that he was losing his manager, Carol informed him that she had already found a replacement, and it was someone who had experience with sandwiches.

There was just one problem. Her replacement was the gorgeous woman who had been running through his mind since they met at the store. He couldn’t take his eyes off her, and she was now going to be his employee.

After losing her job at Sam’s Sandwich, Amelia Sinclair decided to take her son and move back home to be closer to her parents. By a stroke of luck, she was able to get the job working at Reid’s Coffee Shop.

But she didn’t expect to see the sexy man from the store sitting behind the desk as the owner of the shop she now worked for.

The attraction between them continued to build, but there were just so many reasons a relationship wouldn’t work. Nathan couldn’t look past the age difference. Amelia couldn’t look past him being her boss, and she had her son to think about also.

Could both Nathan and Amelia get out of their comfort zone in order to find happiness? 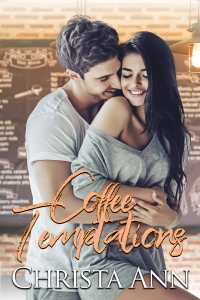